Sickness Spreads: Reports of the Plague in the State Papers

My digital fellowship with the Folger Shakespeare Library in Washington D.C is looking at responses to information (and disinformation) found in the the English State Papers and digitised sources held by the library. As a first step, I’m constructing a dictionary of plague-related words which I use to extract potentially relevant letters. Next, I built a custom annotator which allows me to quickly go through each abstract and mark whether or not the mention of a particular keyword is actually relating to an instance of plague or something else entirely (there are lots of letters from informants complaining about Jesuits ‘infecting’ locals with their teaching, for example).

So far, I’ve found about 700 genuine references to plague in the Calendars of State Papers. These references range right across the century, usually peaking during known plague outbreaks (1603, 1610-11 1625, 1636 and 1665-66) but continuing for a number of years afterwards.

Where were the mentions coming from?

Below is an interactive map of plague mentions between 1660 and 1670. For simplicity, each place/day is drawn as a separate point, so it’s likely that if you use a longer date sequence they’ll be drawn on top of each other (this is a limitation of the library used, called {crosstalk}, which is pretty great but doesn’t allow you to dynamically resize points, just filter whether they appear or not). The slider can be dragged from each end to create an interval, and then dragged from the middle to move that interval along. Or, just drag the second slider from left to right to see the cumulative progression of plague mentions.

Clicking on a point will show a popup with the relevant abstracts.

The mentions are concentrated in 1665 and 1666, during the Great Plague of London and the following year. But more than just a record of London’s outbreak, we can see glimpses of the progression of the plague towards the city and how information about it spread: the first mention of the decade is in August 1660 by the Resident Ambassador to The Hague, George Downing, who writes that the plague had killed 905 in Amsterdam. Downing notes that the disease was not sparing the rich and could be found even in the ‘best houses’. This was probably particularly worrying for the people likely to be writing or receiving letters in the State Papers: previous outbreaks had tended to have less impact on the wealthy, probably due to living in less overcrowded conditions as much as better hygiene or access to medical treatment.

London’s Dreadful Visitations, a specially-printed document summing up the Bills of Mortality for the whole of 1665, showing the shocking extent of the deaths by plague. From the Folger Shakespeare Library.

More reports of plague on the continent follow. One repeated theme are letters requesting relief from the economic damage from what were regarded as overly-cautious measures. In December 1663 William Swan wrote to Joseph Williamson, referencing a letter he had passed on from the Hamburg Senate to the King, asking that their trade ships travelling to London not be held up so long. Another letter found in the State Papers (perhaps intercepted) is by the Dutch diplomat William Boreel, complaining to Louis XIV on behalf of the State General, asking that restrictions on trade with the Dutch Republic be lifted.

The Disease Arrives in England

Moving the map slider to the right we start to see ominous signs of the plague moving towards England.. Again, the news preceded the virus, the disease proving a useful way for us to see the patterns of European communication. In August 1664 Edward Montagu wrote from aboard ship off Beachy Head (in South-East England) with news from George Downing about the progress of the epidemic in Dutch Republic; In July that year John Clarke in Plymouth also relayed similar news, detailing the quarantine measures already in place:

About 2 of the Clocke in the Morning arrived here from Holland a shipp[…]and another from Bristoll but not a man of them permitted to come on shore nor any person to goe abord of them with[in] 40 days according to order, they relate that sicknesse is very hott in some parts of Holland. (SP 29/100 f.16)

From the evidence in the State Papers, it looks like the epidemic first made ‘landfall’ in Great Yarmouth, a town with strong maritime links to the Dutch Republic, by the final weeks of 1664. The first reports are conflicting: Joseph Williamson’s correspondent Richard Bower wrote in November to say that according to the searchers, the number of deaths by plague was increasing, but he goes on to cast doubt on their reliability:

Sickness spreads, if the reports by the searchers of the number of deaths by plague are true, but they are drunken persons and very poor, and may make false returns, because of the large allowance they have for this work. (SP 29/105 f.182)

Evidently these reports made it right across the country, and it looks likely that those responsible for intelligence in Whitehall were trying their best to control the story and minimise the fallout. Again there is evidence for this in the State Papers. William Coventry wrote to the Secretary of State, Lord Arlington, on November 22 1664 saying that he ‘hopes the report is false of the plague being in Yarmouth’. While we don’t have the response from the Secretary, it seems probable there was one, as Coventry wrote again five days later to say he ‘is glad the report of the plague in Yarmouth is false’. Was it Arlington who told him this? Did he know the truth, that the plague was already raging there, and choose to keep it hidden?

The map shows that by Autumn 1665 reports are coming in thick and fast from the coasts: from Harwich, Dover, Great Yarmouth, Southampton, as well as further inland. From the reports in the State Papers it looks like it spread through the major shipyards or shipping areas: first the coastal towns with links to the Netherlands, then Woolwich and Chatham dockyards, and finally London.

Comparing to the Bills of Mortality

How does this tally with what we know of the progress of the disease itself? Thanks to the weekly Bills of Mortality, published from 1603 onwards, we have very detailed information about plague deaths in London parishes throughout the century. It should be noted that we’re not sure how reliable they are: as Richard Bower in Yarmouth mentioned above, the searchers were thought to inflate the numbers as they got paid per death. But they are still a useful source, and the Bills from 1644-1849 have been transcribed by researchers and are available as a wonderful downloadable dataset.

To a certain extent it matches the mentions, though it’s clear the epidemic had already reached the outer parishes of London by the time it was being reported by naval officers in Chatham and Woolwich. Also, while there was hardly any plague in London 1666, we find more references to it in the State Papers. This seems to be correspondence from around the country, where the plague had later spread, as well as papers dealing with its economic and demographic aftermath.

The State Papers provide an intriguing alternative perspective on the progress of the plague, supplementing the statistics seen above as well as more qualitative sources such as diaries, dramas, and memoirs. This view allows us to see the progression of the disease as it came from abroad, as well as understand more about how information about the disease spread, and where it was suppressed or censored. Over the next few weeks, I hope to find lots more about how information on the epidemic/pandemic moved though government circles, and understand more about how it was controlled or suppressed. 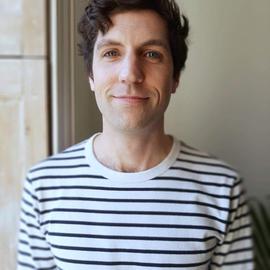